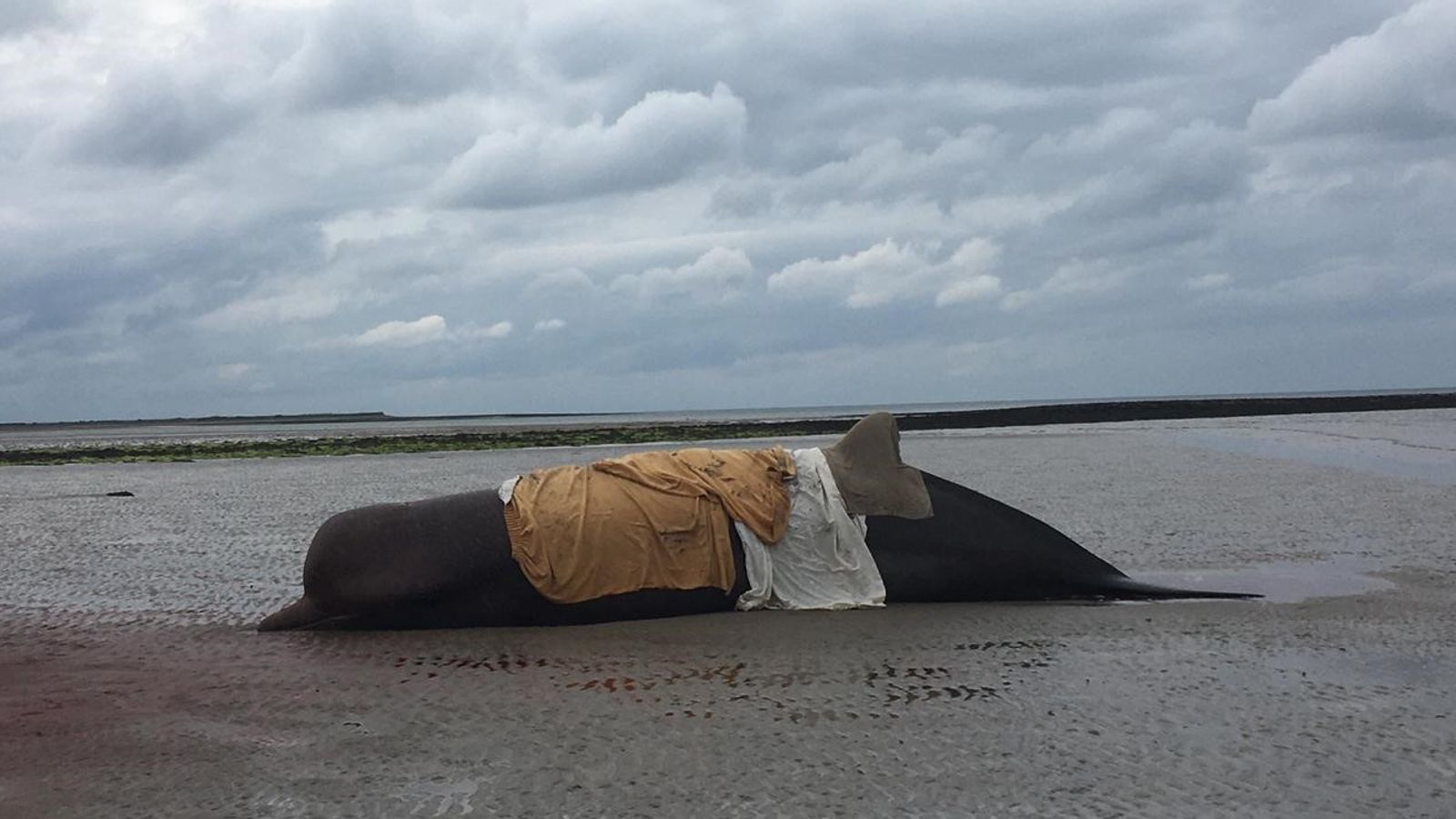 A number of whales have died after they washed up on an Irish beach in the largest live stranding of the animals in the country’s history.

Just one of the seven northern bottlenose whales in Rossnowlagh, Donegal, is still alive and experts on the scene say hopes of it surviving are “very low”.

Sibeal Regan, from the Irish Whale and Dolphin Group, told Sky News their officers had been providing the animals with palliative care, but had been unable to prevent the majority dying.

“It’s very sad, but it is some consolation to know that they are no longer suffering,” she said.