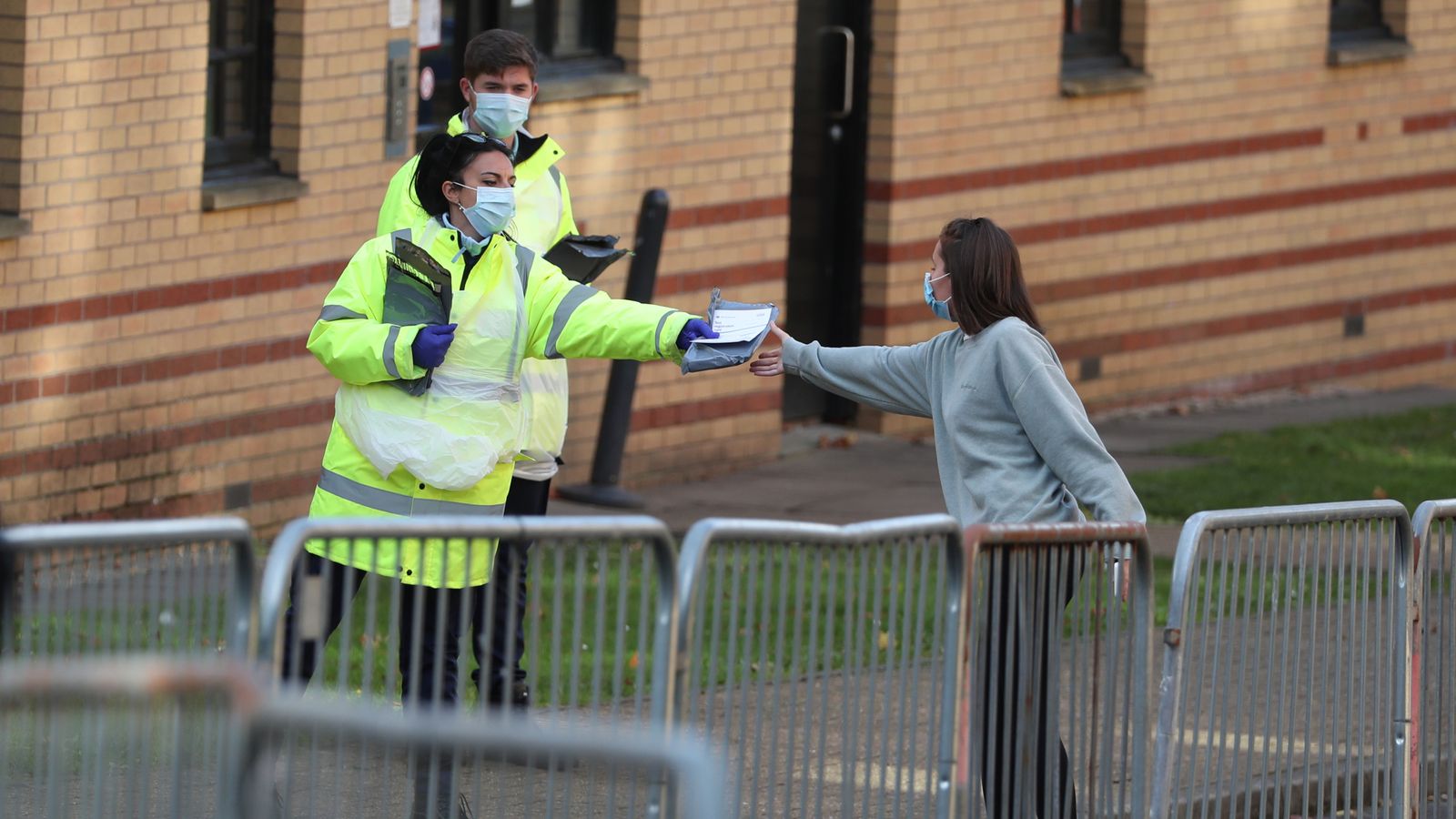 The UK has reported 6,634 new coronavirus cases – the highest daily total ever recorded.

A further 40 people are reported to have died within 28 days of testing positive for COVID-19, official figures show. The last time the daily death toll was higher than 40 was on 14 July, when 44 deaths were recorded.

All of the deaths happened in England, apart from two in Scotland and one in Wales.

England recorded the vast majority of Thursday’s coronavirus cases – 5,632 – followed by Scotland with 465 infections, Wales with 348 and Northern Ireland with 189.

Despite the record amount of cases, the UK is still nowhere near a realistic comparison to the peak of April and May, when Imperial College researchers have suggested there were more than 100,000 new infections a day.

Many of these cases would have been missed at the time as more consistent community testing began in May.

Although he admitted some will still face an uncertain future, the plan will top up wages for staff working as little as a third of their normal hours.

Designed to save roles that will be “viable” in the long-term, the scheme will start in November.

Things aren’t as bad as they seem, but next week we’ll know if we’ve done enough to reverse the surge
Analysis by Thomas Moore, science correspondent

Although this is a new record for new confirmed COVID cases, things aren’t as bad as they seem.

The previous high was 6,201 cases reported on 1 May. But far fewer people were being tested then. The true number of new cases at the peak of the first wave is likely to be well in excess of 100,000 a day.

Even now it’s estimated that only around a third of cases are being picked up by the testing system.

Research by Imperial College London suggest two-thirds of cases may be asymptomatic. That would mean the true number of daily infections could well be as high as 18,000.

We will get a better handle on the overall infection rate on Friday when the Office for National Statistics (ONS) releases the latest results from their infection survey.

They test people randomly whether or not they have symptoms and it is widely thought to be the most accurate indicator of the size of the epidemic.

The key question now is whether the government has done enough to reverse the surge with its rule of six, early closing of pubs and restaurants, and so on.

The incubation period of COVID-19 is on average five to six days so it won’t show up in the figures until well into next week.

Many scientists believe much tougher measures will be needed to make a difference.