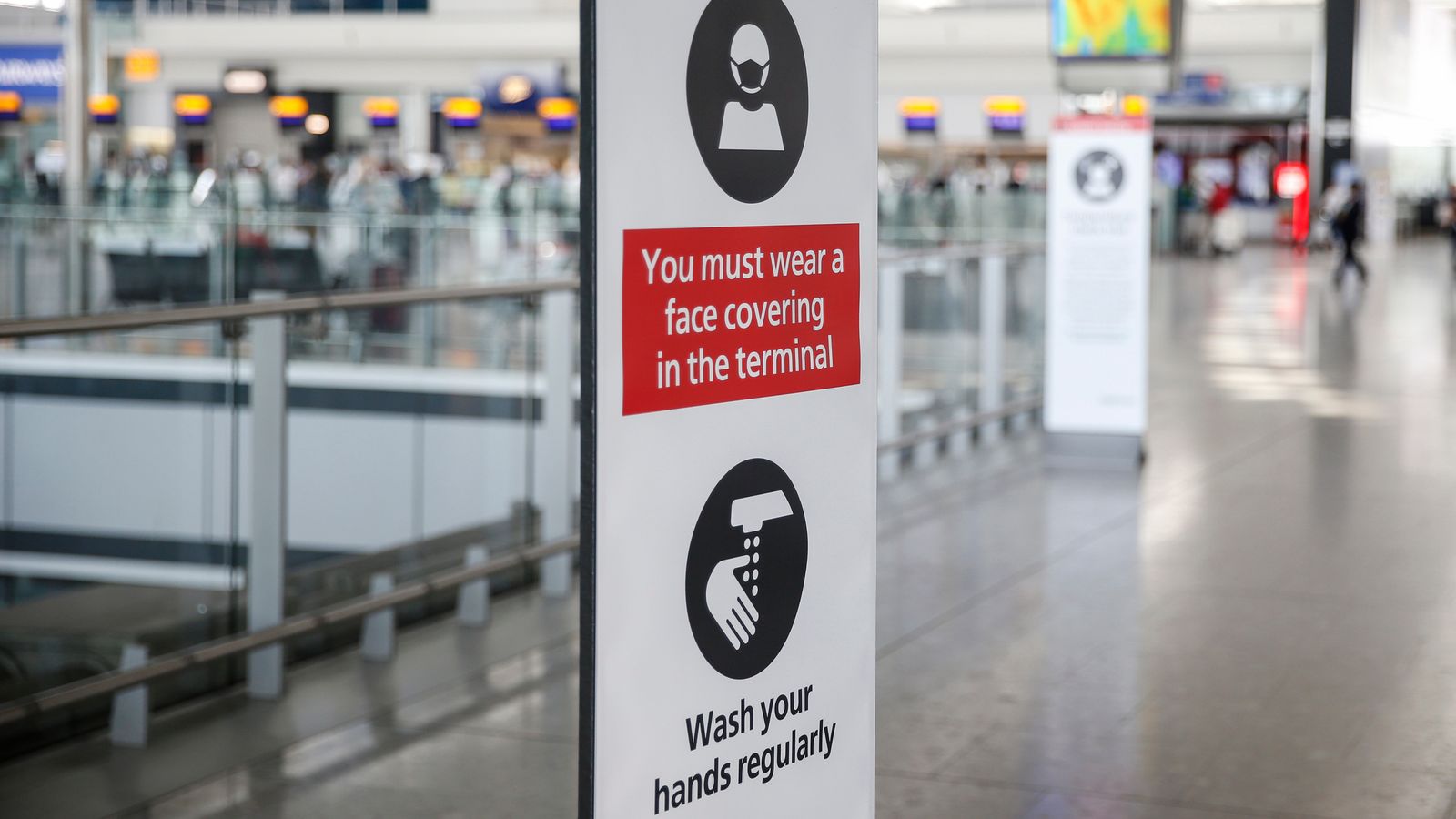 The UK’s weekly rate of new coronavirus cases has risen above 20 per 100,000 people – the rate at which it considers imposing quarantine measures on people arriving from abroad.

There has been a particular rise in the last two days.

In the 48 hours to 9am on Monday, there were almost 6,000 new positive tests, according to the latest figures from the Department of Health and Social Care.

In the 24 hours to 9am on Monday, a further 2,948 were reported, almost matching Sunday’s figure.

For most of August, positive tests were rising by about 1,000 a day.

The number of cases is one of several issues the UK takes into account when it considers applying quarantine measures.

Others include trends in the number of deaths in an individual country, that nation’s testing capacity, and the actions its government is taking.

Health Secretary Matt Hancock has said the rise in cases is mainly among younger people who are not following social distancing rules.

He said it was largely under-25s, and especially those between the ages of 17 and 21.

Mr Hancock told LBC radio: “The message is that even though you are at lower risk of dying of Covid if you are of that age, you can still have really serious symptoms and consequences. Also you can infect other people.”

Comparisons between recent and past cases should be made with caution.

The number of confirmed cases is heavily dependent on how many people – and who – is tested.

This has changed significantly since the start of the pandemic, with the number of tests processed each day increasing significantly.

Community testing has also expanded, whereas previously, access was limited to symptomatic patients and key workers.