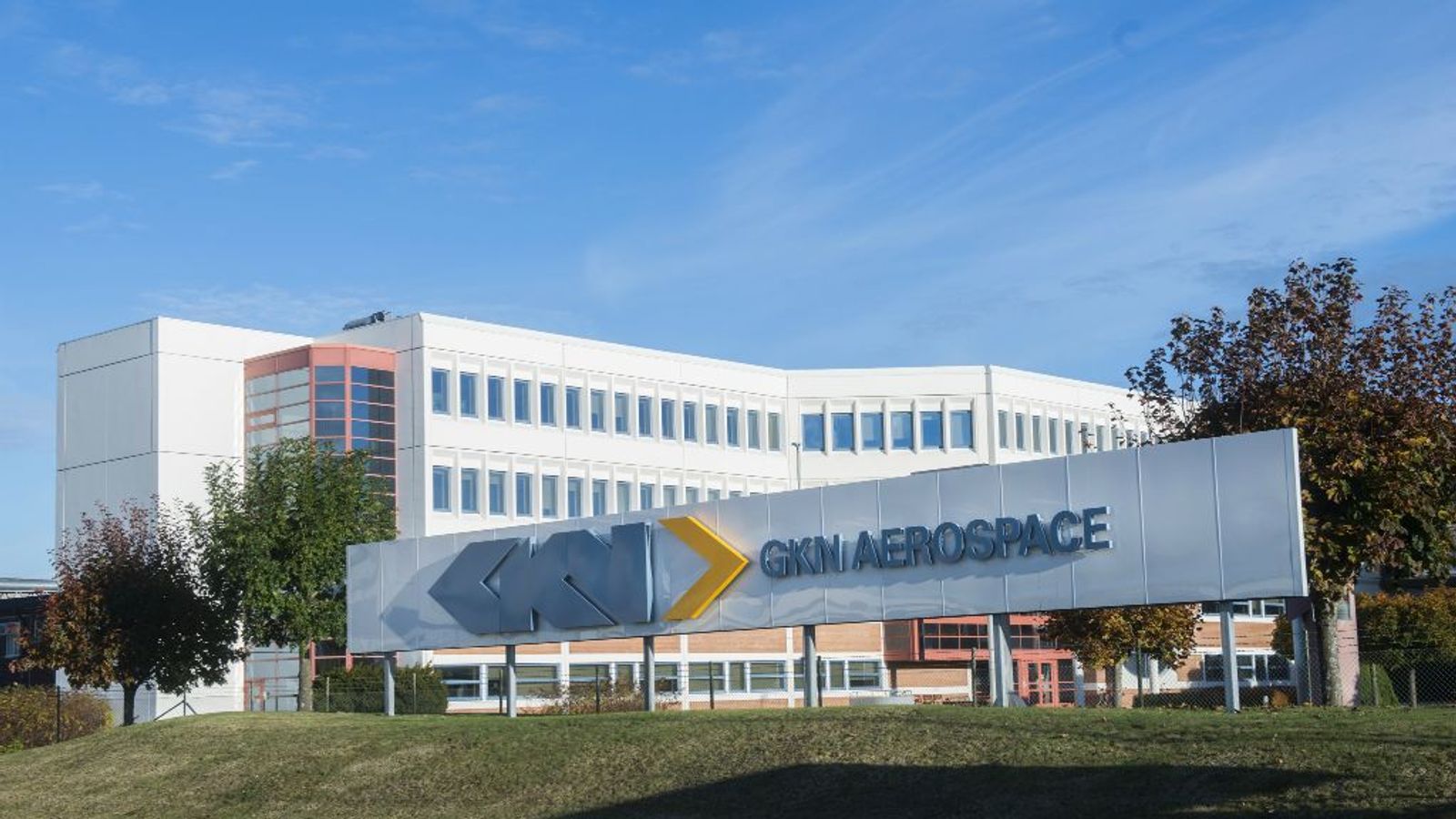 Aircraft parts supplier GKN Aerospace faces a “significant reduction” in its global workforce after sales were hit by the COVID-19 crisis, owner Melrose has said.

The company is the latest in the sector to announce job cuts with thousands already being axed at engine maker Rolls-Royce and aircraft manufacturer Airbus.

It comes two years after Melrose’s hostile £8bn takeover of the UK-based GKN engineering group – whose businesses ranged from car parts to aviation and other industrial components.

The aerospace division, which employs more than 18,000 people in 14 countries, had already last September disclosed plans to cut 1,000 jobs over two years.

In July this year, Melrose flagged the impact of the coronavirus crisis on the wider group and warned that there would be an “inevitable impact on employee numbers”.

Publishing half-year results on Thursday, the group said: “Consultations are already well underway with employees and unions worldwide and regrettably a significant reduction in the worldwide workforce is inevitable in the second half of the year.”

It was understood that job losses among GKN Aerospace’s 4,000-strong UK workforce were “relatively minor” with voluntary redundancies sought where possible.

Melrose reported a £685m pre-tax loss for the six months to the end of June blamed on “numerous challenges presented by the global outbreak of COVID-19”.

Sales at GKN Aerospace fell by 18% compared to the same period last year with a decline of 25-30% forecast for the full-year period.

Demand for aircraft frames and engines was hit by COVID-19 travel restrictions, the company said.

“Having ensured the strength of its balance sheet, GKN Aerospace management are currently implementing a decisive and wide ranging programme to address the impact of the business disruption caused by COVID-19,” Melrose said.

Melrose’s 2018 takeover of GKN attracted close political scrutiny and saw the government secure binding undertakings from the turnaround specialist about its stewardship of the business, including that it would retain ownership of the aerospace division for at least five years.

Aviation – including airlines as well as aircraft makers – has been one of the worst hit sectors in the coronavirus jobs crisis, according to a Sky News tracker looking at publicly-announced cuts by major companies.