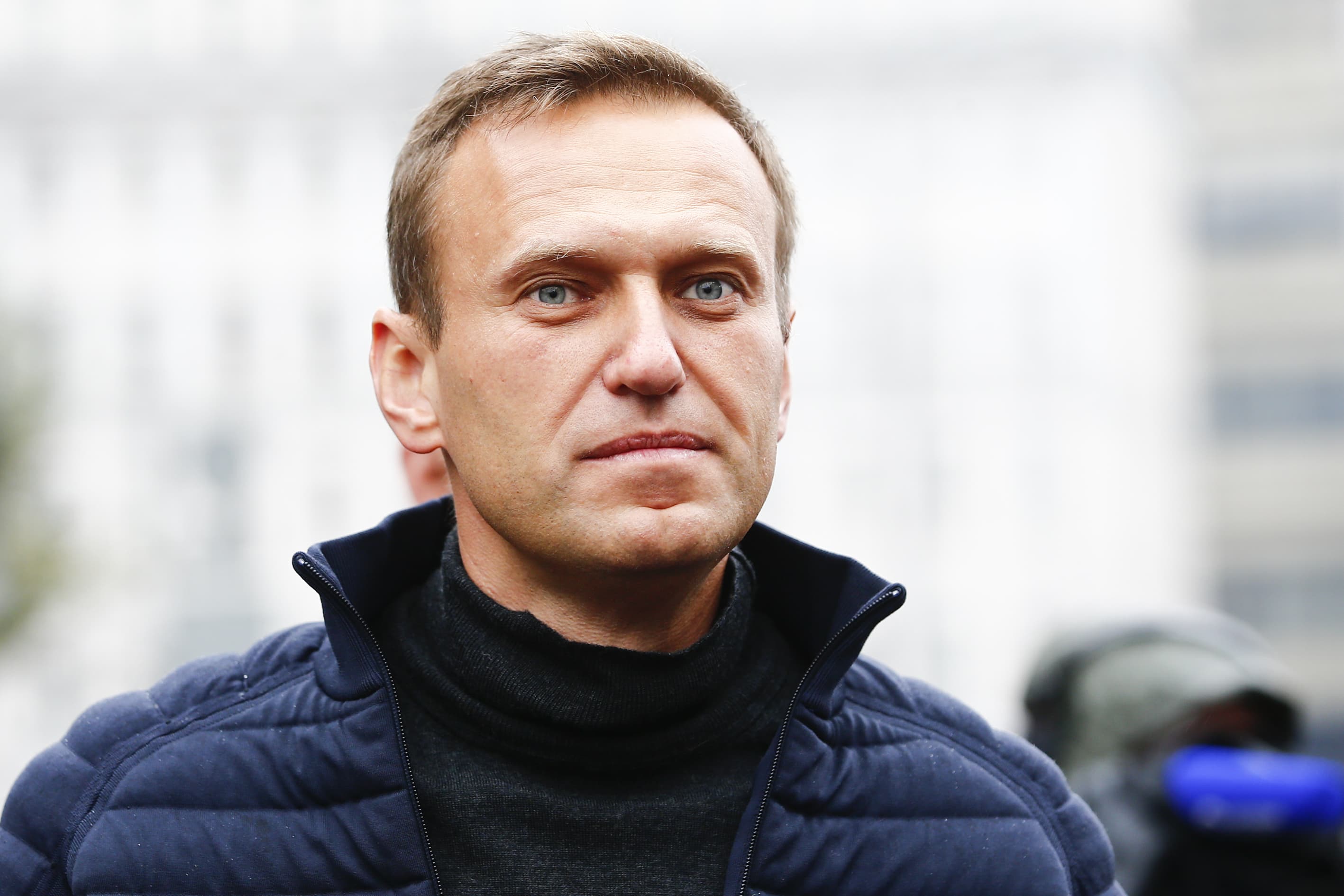 A file photo dated September 29, 2019 shows Russian opposition leader Alexei Navalny during a rally in support of political prisoners in Prospekt Sakharova Street in Moscow, Russia. Alexei Navalny is unconscious in hospital after allegedly being poisoned according to his press secretary.
Sefa Karacan | Anadolu Agency via Getty Images

The German government on Wednesday confirmed via lab tests that Russian dissident Alexei Navalny was poisoned by a nerve agent belonging to the Novichok family,  a development that will further strain already tense relations between NATO and Vladimir Putin.

Toxicology tests from a German military lab showed “unequivocal evidence” that Navalny was poisoned with Novichok, according to the German government’s chief spokesperson Steffen Seibert.

Navalny’s wife, Yulia Navalnaya, and the attending doctors were said to have been informed of the test results. The 44-year-old political activist — Russia’s most vocal critic of  President Putin — was airlifted to Germany for treatment on Aug. 22 shortly after falling ill in Siberia.

German Chancellor Angela Merkel condemned the attack as attempted murder and a crime against the fundamental rights and values that Germany represents. She said Berlin will consult with its EU and NATO partners on an appropriate response after Moscow makes a statement on the test results.

The White House condemned Navalny’s poisoning as “reprehensible” and said the U.S. would work with the international community to hold the perpetrators accountable, pointing to Russia’s alleged past use of the nerve agent Novichok.

Russian ex-spy and U.K. double agent Sergei Skripal and his daughter Yulia were poisoned with Novichok in England in 2018. The U.K. blamed the attack on Russia, while Moscow has repeatedly denied any involvement.

“We will work with allies and the international community to hold those in Russia accountable, wherever the evidence leads, and restrict funds for their malign activities,” Ullyot said of Navalny’s poisoning. “The Russian people have a right to express their views peacefully without fear of retribution of any kind, and certainly not with chemical agents.”

Russian doctors treating Navalny before his medical evacuation denied he had been poisoned and blamed his comatose state on a metabolic disease caused by low blood sugar. Navalny’s allies say he became ill after something was put in his tea at an airport cafe.

A Kremlin spokesperson said Berlin did not directly inform Moscow that Germany believes Navalny was poisoned with Novichok. Russia’s foreign ministry has withheld a further response, saying only: “We are still waiting for a response to the request from the Prosecutor General’s office.”

Germany’s government spokesperson said the country would also contact the Organization for the Prohibition of Chemical Weapons.

Navalny has led popular protests against Putin’s government leading to his arrest and frequent targeting and has been consistently barred from running in local elections.

In July 2019, he was hospitalized from a detention center, where he was held on administrative arrest after organizing peaceful demonstrations. Authorities said Navalny had suffered an allergic reaction, although the politician himself believes he was poisoned.

Navalny, like many other activists in Russia, has frequently been detained by authorities and harassed by pro-Kremlin groups. In 2017, he was attacked by several men as they threw antiseptic in his face, damaging one eye.

Navalny had campaigned to challenge the president in the 2018 election, but he was blocked from running for office.