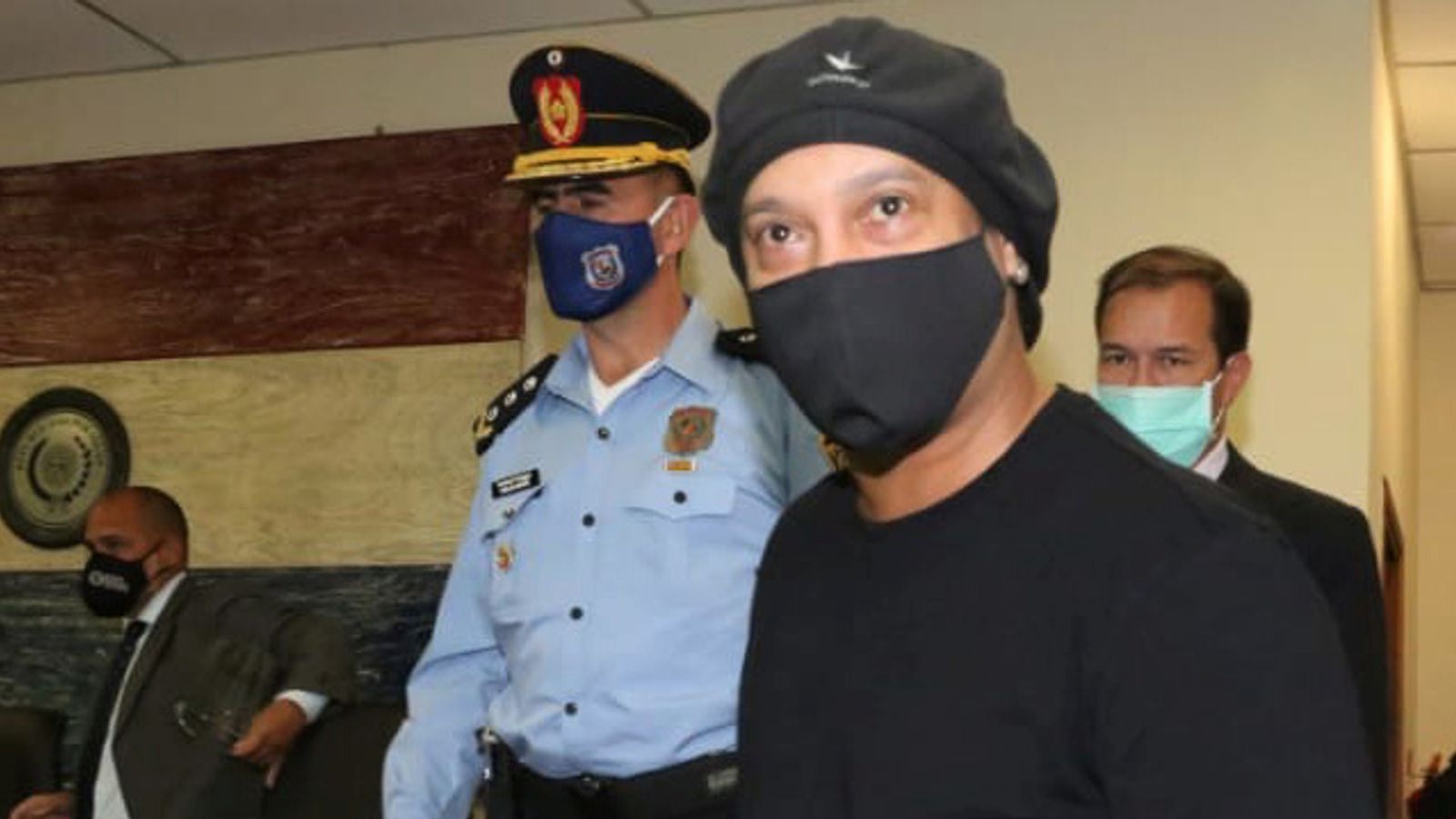 Brazilian football star Ronaldinho has been released from house arrest in Paraguay – ending a five-month ordeal that began when he tried to enter the country with a forged passport.

The former Barcelona player and his brother Roberto Assis, who is also his business manager, were initially held for a month in jail before paying $1.6m (£1.2m) bail.

They subsequently spent four months under house arrest at a luxury hotel in the capital Asuncion.

“The precautionary measure of arrest is lifted, there are no more restrictions placed by Paraguayan justice,” Judge Gustavo Amarilla said.

Ronaldinho, who wore a black T-shirt, hat and mask in court, remained expressionless and with arms crossed following the judgment.

He is now free to return to Brazil – and according to his lawyer, he and his brother plan to reside in Rio de Janeiro.

The pair were arrested in March after they used fake passports to enter the country.

Prosecutors said they believed Ronaldinho was unaware the passports were fake, but his sibling knew.

The brothers had been invited to Paraguay by a local casino owner to take part in a football event for children, as well as a book launch.

Ronaldinho was part of Brazil’s 2002 World Cup-winning team and twice claimed the FIFA World Player of the Year award – in 2004 and 2005.

The 40-year-old last played professionally in 2015, including for Brazilian clubs Atletico Mineiro, Flamengo and Fluminense, but remains hugely popular with football fans worldwide.

He could have spent up to five years in jail.