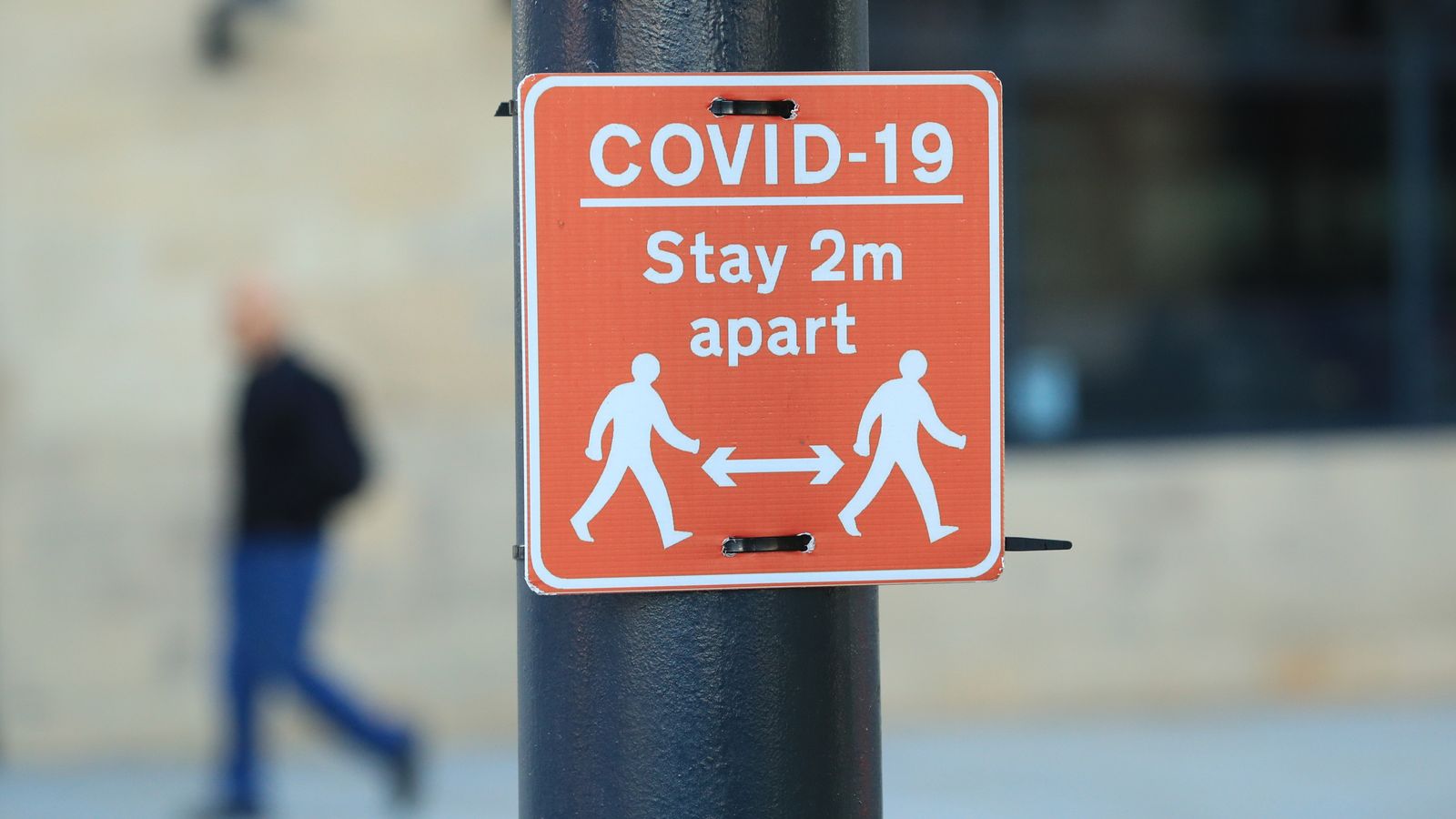 The R number in the UK has risen to between 0.9 and 1.1, the government’s scientific advisory group (SAGE) says.

The R number is a measure of how many people on average each infected person transmits the virus to.

SAGE also said the rate of coronavirus growth may still be rising.

This indicates the number of new infections is somewhere between shrinking by 3% and growing by 1% every day.

Scientists at SAGE say the most likely value is towards the middle of the range.

Because the data used to calculate R and growth rate reflect the situation from a few weeks ago, recent changes in transmission are not yet fully reflected in the estimates

Experts also stress the figures are estimates and that there is a high degree of uncertainty around them.

It may take between two to three weeks for the changes in the spread of COVID-19 to be reflected in the estimates, due to a time delay between initial infection and the need for hospital care.

But the scientists said models that used testing data, which have less of a time delay, indicate higher values for R in England.

The R could be as high as 1.6 in Northern Ireland, where lockdown restrictions were tightened earlier this week, including limits on how many people can meet.

It could also be above 1 in Scotland, according to First Minister Nicola Sturgeon, with the country having this week posted its largest daily increase in three months.