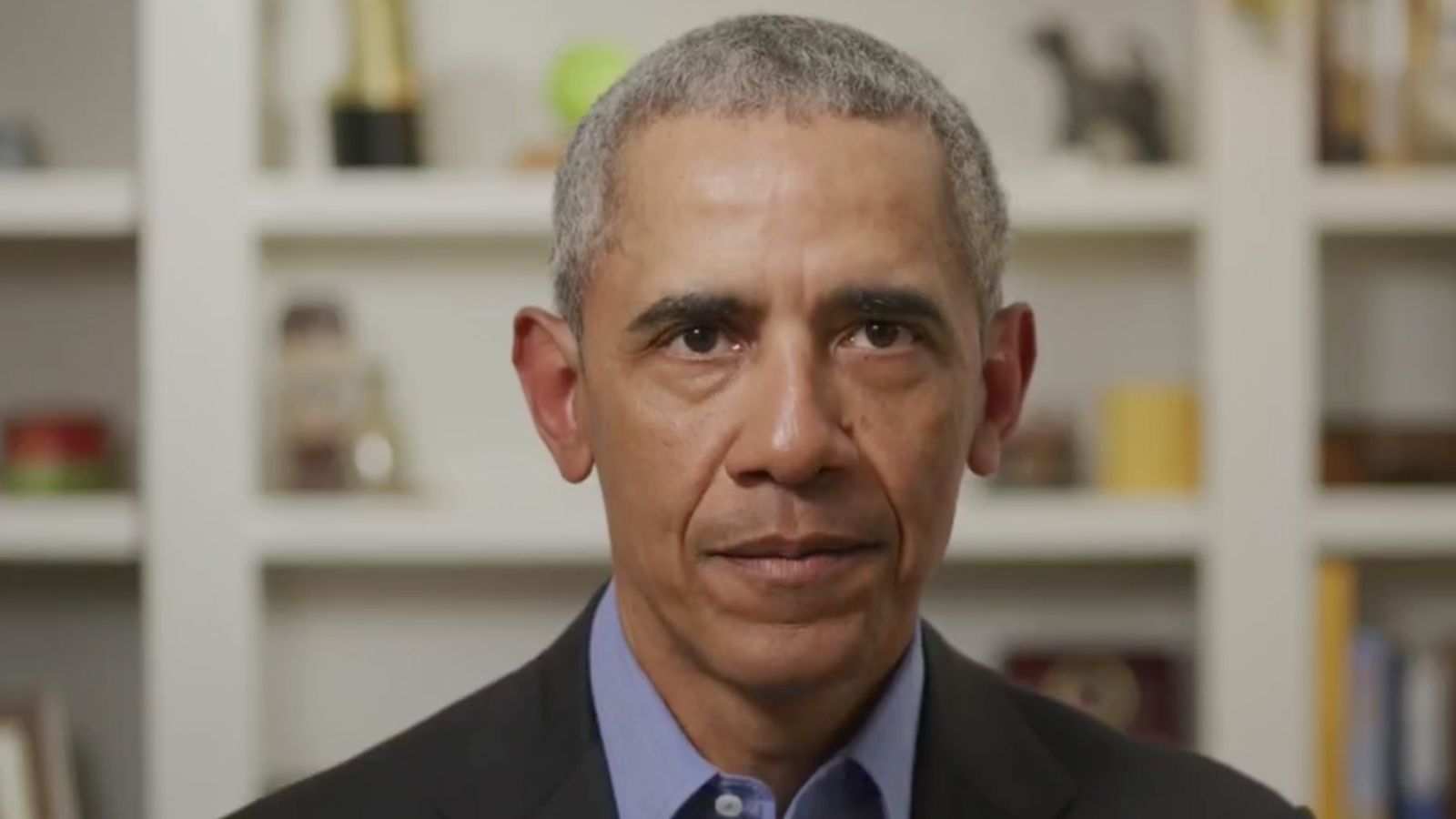 Barack Obama will accuse his successor of using the presidency to help no one “but himself and his friends” when he addresses the Democratic Convention later.

The third day of the conference will also see Kamala Harris officially endorsed as the vice-presidential candidate.

But it is the strength of the attack by former president Obama on Donald Trump that will cause the biggest shock waves of the Convention so far.

Traditionally ex presidents have been reluctant to criticise the current incumbent of the White House, but Mr Obama will accuse President Trump of having “no interest in treating the presidency as anything but one more reality show that he can use to get the attention he craves”.

According to pre-released excerpts of his speech, he will say: “I have sat in the Oval Office with both of the men who are running for president. I never expected that my successor would embrace my vision or continue my policies.

“I did hope, for the sake of our country, that Donald Trump might show some interest in taking the job seriously; that he might come to feel the weight of the office and discover some reverence for the democracy that had been placed in his care.

“But he never did. He’s shown no interest in putting in the work; no interest in finding common ground; no interest in using the awesome power of his office to help anyone but himself and his friends; no interest in treating the presidency as anything but one more reality show that he can use to get the attention he craves.

“Donald Trump hasn’t grown into the job because he can’t. And the consequences of that failure are severe. 170,000 Americans dead. Millions of jobs gone.

“Our worst impulses unleashed, our proud reputation around the world badly diminished, and our democratic institutions threatened like never before.”

At Wednesday’s White House news conference Mr Trump hit back describing Obama’s presidency as “ineffective” and declaring that the reason he was president was because Obama and Joe Biden “did such a bad job”.

“I see the horror that he’s left us and the stupidity of the transactions he made,” he said.

“Look at how bad he was how ineffective a president he was, he was so ineffective, so terrible.

Mr Obama’s comments have threatened to overshadow what was supposed to be the main event of the Democratic Convention today, the confirmation of Kamala Harris as the vice-presidential candidate.

She will talk of the vision she shares with Joe Biden for the future of the US.

“A vision of our nation as a beloved community – where all are welcome, no matter what we look like, where we come from, or who we love.

A country where we may not agree on every detail, but we are united by the fundamental belief that every human being is of infinite worth, deserving of compassion, dignity and respect.”