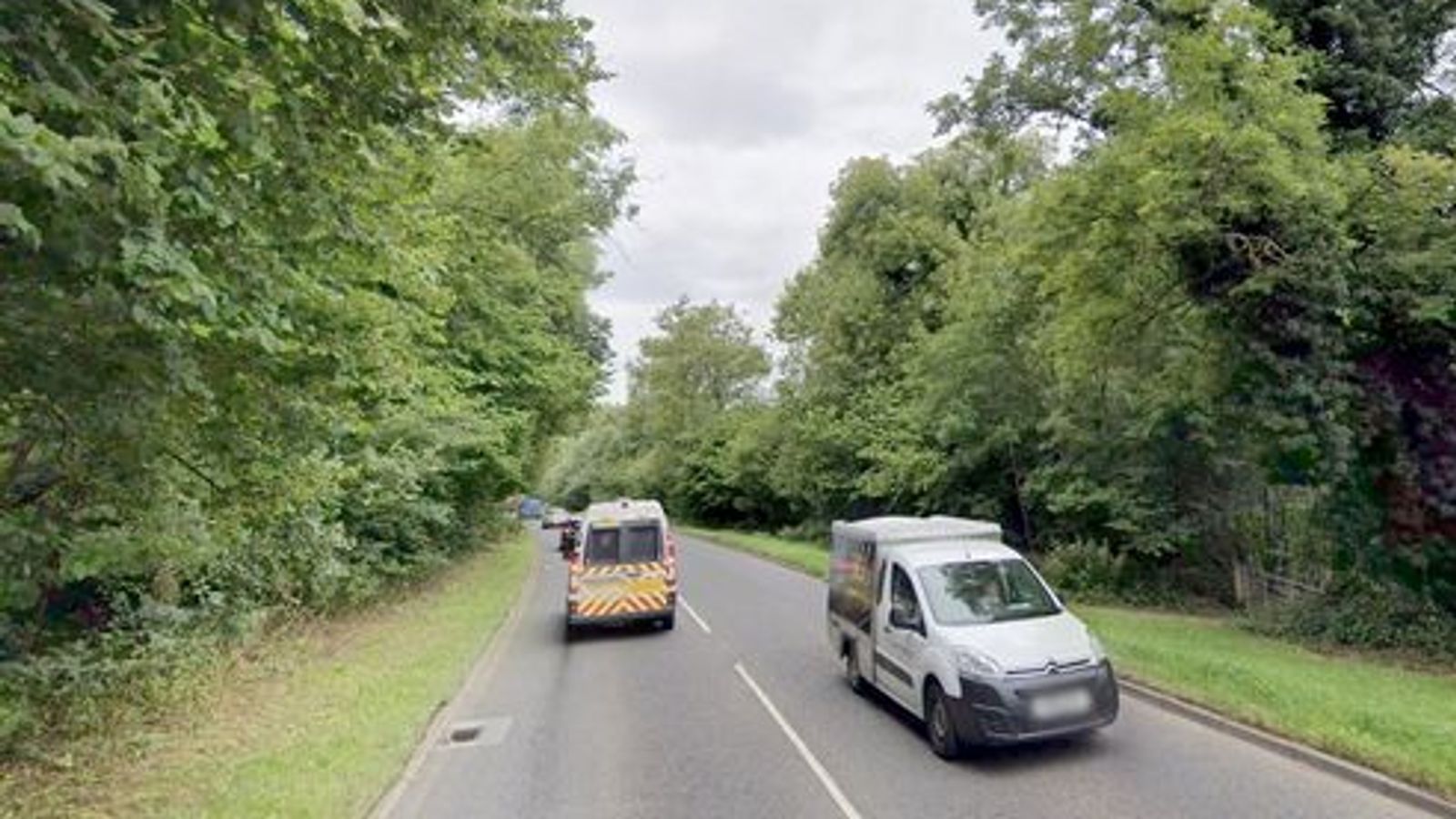 Four young men have died after a car crashed into a house and burst into flames on the A4 in Wiltshire, police have said.

The “absolutely horrific” crash happened in the early hours of Sunday and all four, who were locals and inside the car, died at the scene.

Wiltshire Police say the car crashed into the side of a house at about 3am in Derry Hill, near Calne.

People inside the house immediately called 999 and were evacuated while firefighters put out the blaze.

Nobody inside the house was injured.

Supt Steve Cox described it as “an absolutely horrific collision”.

“All blue light services attended the scene and were met with devastating scenes after a vehicle appears to have been travelling along the A4 when it has collided with a house and caught on fire,” he said.

“All four occupants of the vehicle died at the scene. Their families have been informed and we are in the process of assigning each family with specialist trained officers.

“Our thoughts, and the thoughts of all at Wiltshire Police are with them all today.”

The A4 and the A342 was closed while investigation and recovery work continued.

Police asked anyone with information on the incident to call them on 101.