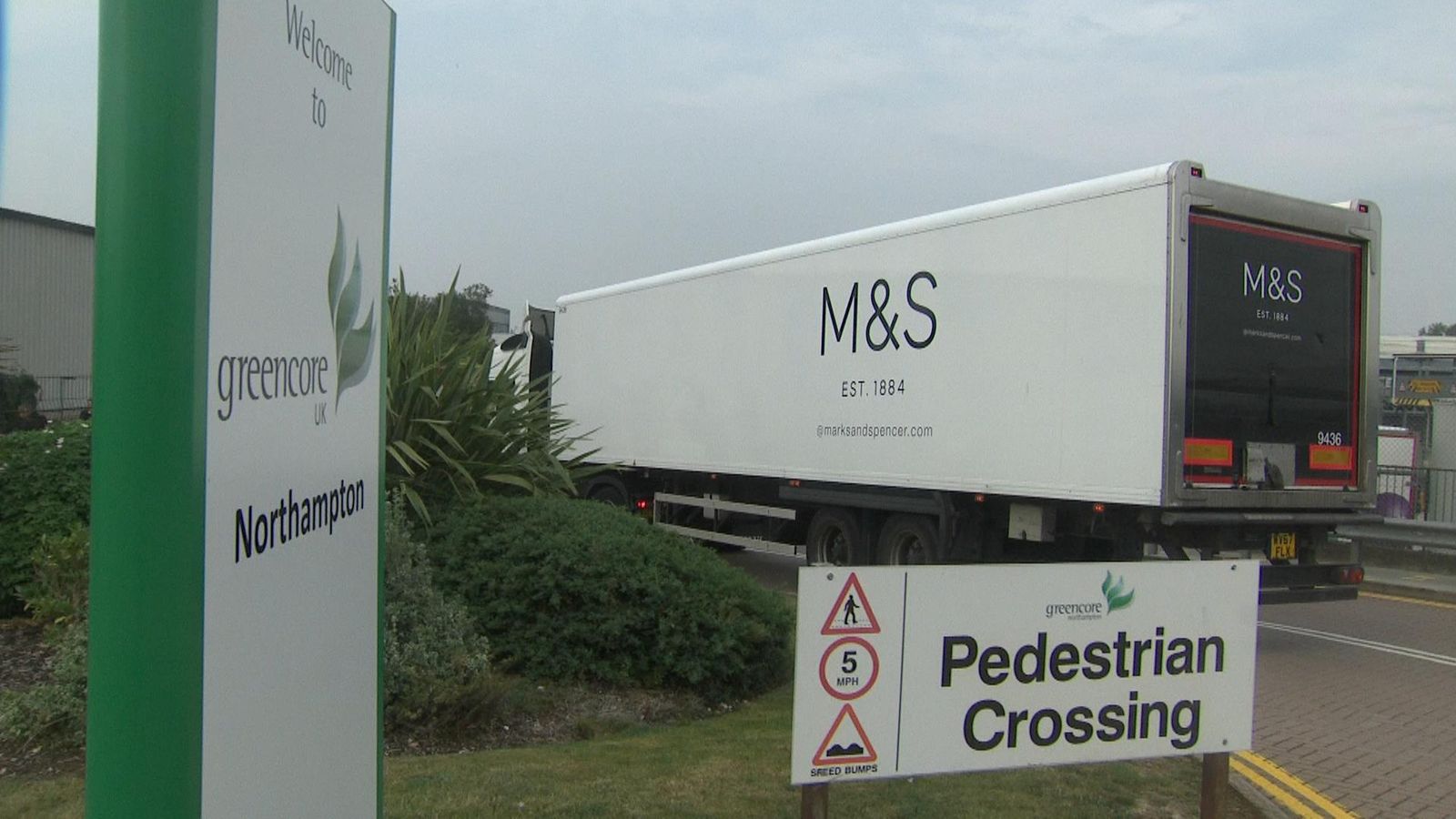 A factory in Northampton that makes sandwiches for M&S has been forced to close after a coronavirus outbreak among staff, bosses have said.

The Greencore factory, which employs around 2,100 people, said it hopes to be back to “substantial” production levels 14 days from Friday.

It said all staff who have not already begun self-isolating would be sent home today.

Last week, 292 workers at the factory had tested positive for coronavirus – some through the NHS, but mostly by a private testing program introduced by the company.

A spokesman said Greencore, also known as the Group, made the decision to close after consulting with Public Health England (PHE) and is working with the body and the local council to contain the outbreak.

Some production has been moved to other sites the company owns, they added.

The firm said in a statement: “Greencore can confirm that, in consultation with the Department of Health & Social Care, PHE and other government bodies, it has taken the decision to temporarily cease production at its Northampton facility from the end of today as a result of the ongoing COVID-19 outbreak in the Northampton area and at the site.

“As ever, the health and wellbeing of our colleagues remains our number one priority.”

Last week, Northamptonshire County Council urged the company to “act now” amid an ongoing spike in infections across the town.

Its factory is one of several UK food processing plants hit by coronavirus outbreaks, including in Wisbech, Wrexham, Cleckheaton, Merthyr Tydfil and Llangefni.