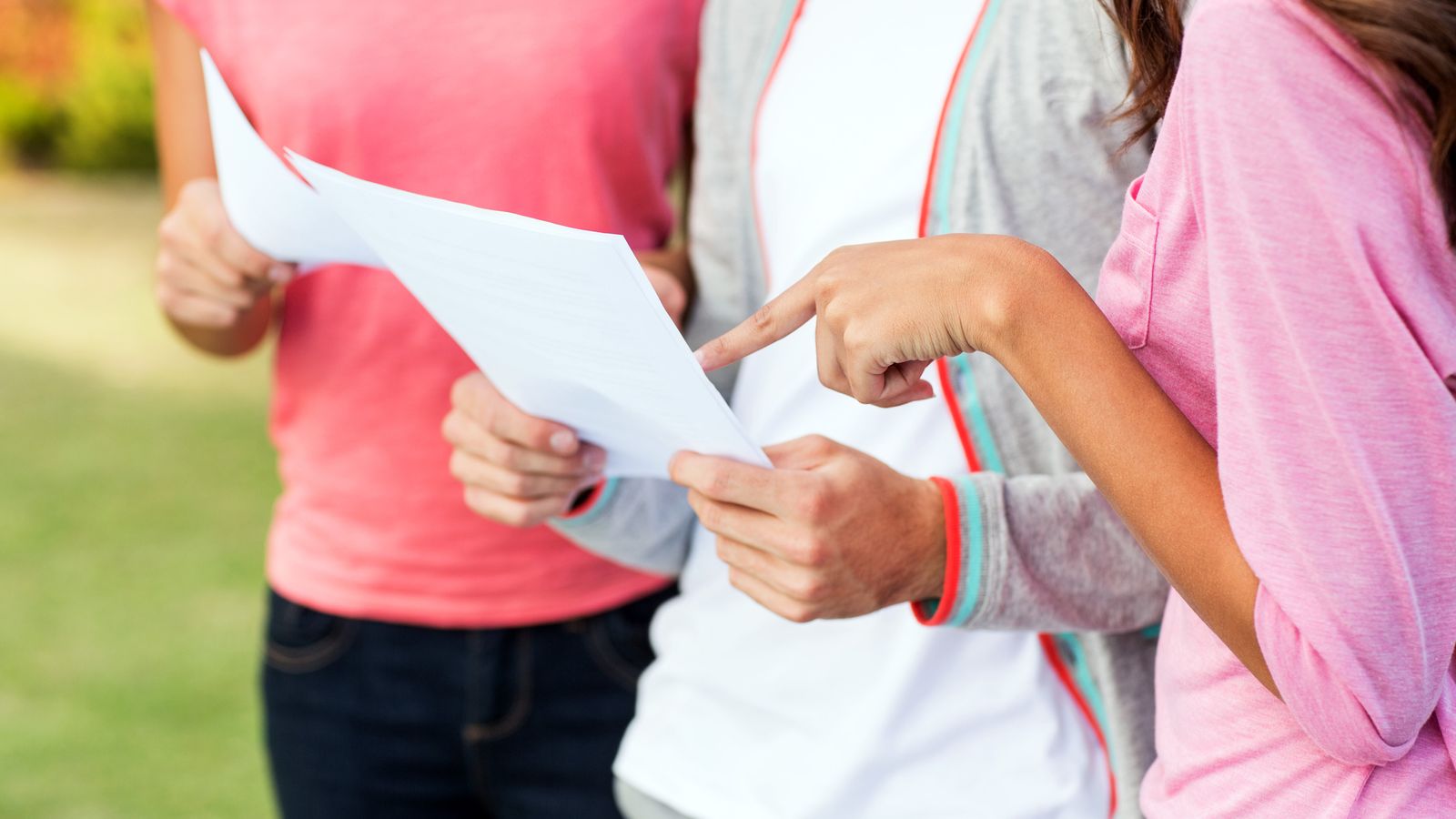 The grades have been largely based on school predictions, rather than the controversial algorithm which led to thousands of sixth formers having results downgraded, and even missing university places, before the government’s U-turn.

It means overall, GCSE results are likely to be much higher than normal.

Students will be given grades based on whichever is higher between teacher estimates and the moderated, algorithm results.

Kingsley Academy in Hounslow, west London, has performed poorly in the past, meaning this year’s students would have been adversely affected by Ofqual’s algorithm.

But with a new leadership team and 80% new teaching staff, there has been a significant improvement.

That’s why Headteacher Elroy Cahill believes the changes to GCSE grading are a “relief”.

“This will allow the students to receive the results they truly are capable of,” he told Sky News.

“We are a school that’s changed a lot in the last 12 months, and it would be unfair for students to be marked down based on what has historically happened at the school.”

Last year, just 43% of the school’s grades were four or higher – similar to the old C grade.

That’s far below the national average. They’re hopeful this year’s results will be better.

Sabaa Azad, 16, says she’s feels much more confident getting her results. “It has really affected my mental health, it’s not been good for me. But now I feel comfortable they will be better than what Ofqual would have given me.”

Daphne Hemmings is relieved her mock results won’t count so much, “I didn’t work as hard as I would have done for my actual GCSEs.

“It wasn’t the most accurate presentation of how I’ll do. I was going to put so much more effort into the real exams.”

Around 700,000 students are due to find out their results today. How well they do will dictate the direction of their next two years in education or training.