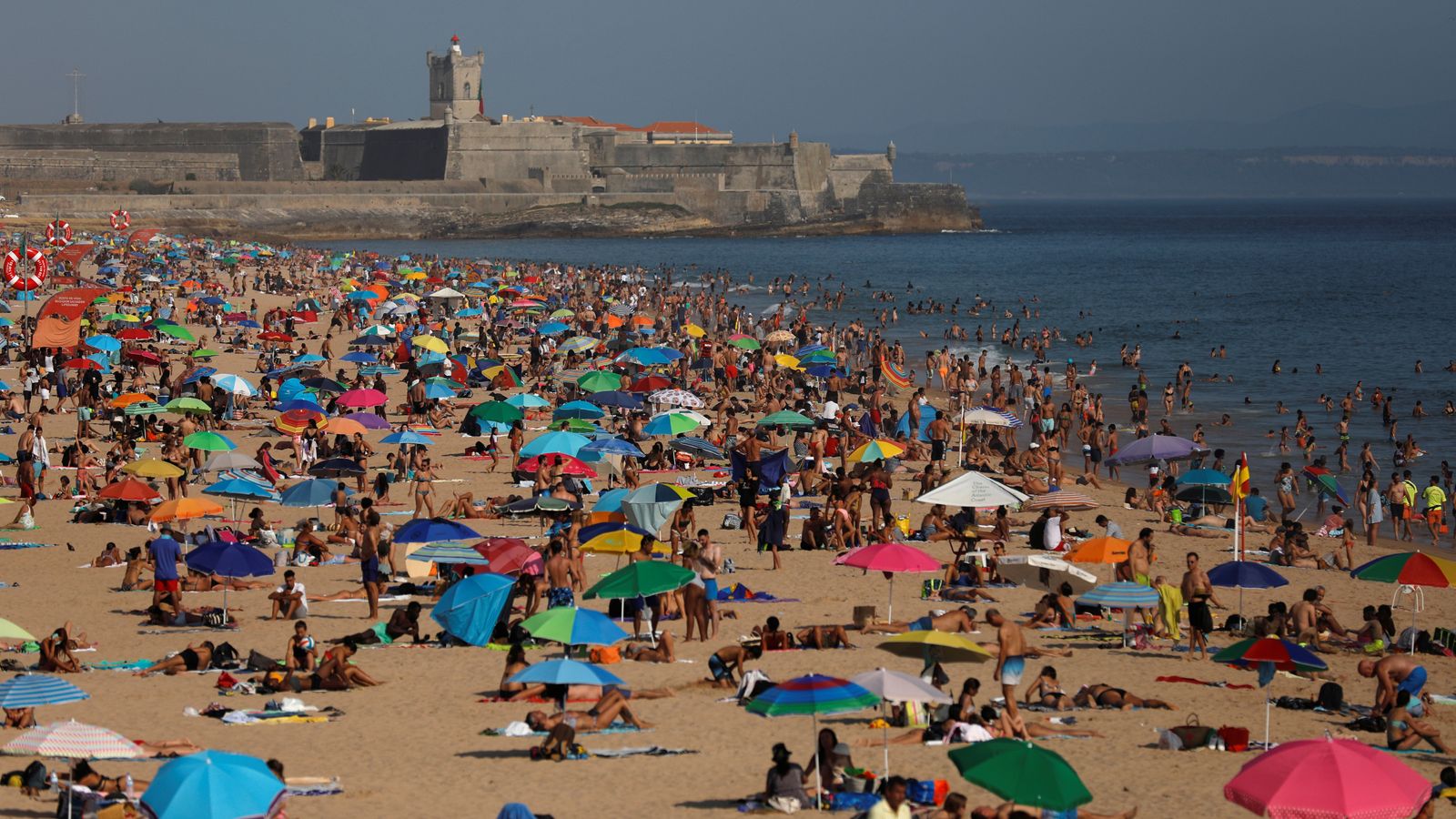 Restoring Portugal to the UK’s quarantine list for travellers would cause “further chaos and hardship”, the head of British Airways’ parent company has warned.

Willie Walsh, chief executive of IAG, criticised what he called an “ever-shifting list” of requirements, claiming the UK had “officially hung up the closed sign”.

“Another U-turn by the Government, adding Portugal to the quarantine list, will cause further chaos and hardship for travellers,” he said.

Portugal could be restored to the list of nations from which people entering Britain would have to self-isolate, because of a rise in cases of COVID-19.

The UK’s threshold for considering adding a country to its quarantine list is 20 or more cases per 100,000 people.

Ministers also take into account trends in case numbers, deaths, countries’ testing capacities and whether any increase in infections is down to a contained outbreak or general transmission.

One airline has no seats left on flights back to the UK from Faro for the next three days.

Anyone returning from a listed country has to self-isolate for two weeks after entering Britain.

Taking issue with the UK’s approach to quarantine, Mr Walsh wrote: “Healthy people shouldn’t be locked up for 14 days simply because they have been travelling.”

He also condemned the government’s “blanket quarantine on travel from a staggering 160 countries”.

Ministers have taken a “chaotic approach to quarantine”, he claimed, writing in The Times: “France, but not Italy; Portugal and then not Portugal and the Canary Islands – hundreds of miles from mainland Spain.”

He said this month’s return to work was where “the rubber will truly hit the tarmac”, and that the aviation industry was vital to Britain’s economy.

He claimed that people “relaxing on holiday pose no more of a threat than someone catching a bus to the supermarket”.

Turning to advice, Mr Walsh urged ministers to “introduce a simple testing regime that allows a more nuanced approach of flying from region to region or city to city”.

He said that restrictions were holding back economic recovery in the airline sector, writing: “Passengers want to travel. Reassuring them that flying is safe is key to any recovery.”

Portugal was only added to Britain’s “safe list” on 22 August – after cases fell below the threshold.

Internet searches for Portuguese holidays spiked by more than 2,000% after the government announced Britons returning from the country would no longer have to self-isolate.

Mr Sainty said it had been “great to see people reunited with their families and enjoying the summer”.

But he also urged people to “factor in the risks of travelling abroad in this fast-moving situation”.

“Only travel if you are content to unexpectedly quarantine if required,” he added.

As some people scrambled to travel back to Britain before new quarantine measures were imposed, tickets for flights from Portugal were at a premium.

EasyJet had sold out all its flights from Faro – which serves the Algarve – to all relevant British airports on Wednesday, Thursday and Friday.

And British Airways is selling seats on a flight from Faro to Heathrow on Thursday for £554 – compared to £139 for the same journey seven days later.