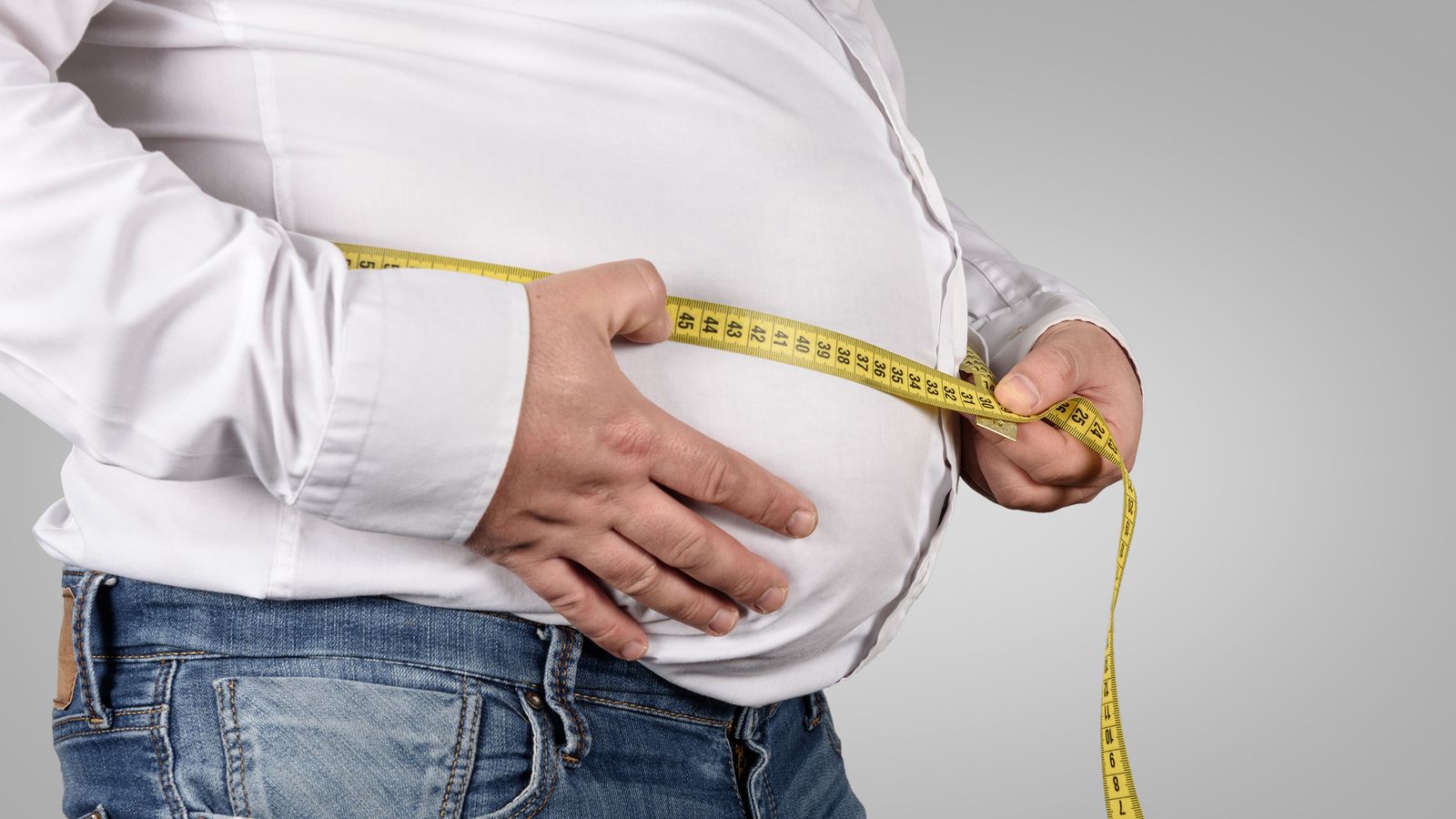 Men with larger waists or concentrations of fat around the belly are more likely to die of prostate cancer, new research has suggested.

But the study of more than 200,000 men in the UK, carried out by researchers at the Nuffield Department of Population Health, at the University of Oxford found that there was no clear association between BMI (Body Mass Index) or total body fat percentage and an increased risk.

A total of 218,225 cancer-free men who were participants in the UK Biobank study, which recruited volunteers aged 40 to 69 between 2006 and 2010, were selected for the research.

Scientists monitored their health for an average of 10 years – during the follow-up period, 571 men died from prostate cancer.

Researchers found that those men in the top 25% for waist circumference (more than 103cm/40in) were 35% more likely to die of prostate cancer than men in the bottom 25% (less than 90cm/35in).

Meanwhile those in the top 25% for waist-to-hip ratio, another measurement of how fat is located around the belly area, were 34% more likely to die than men in the bottom 25%.

Medical history and socio-economic and lifestyle factors were taken into account when estimating a link between the risk of dying from prostate cancer and measures of adiposity – the amount of body fat.

“However, a larger number of cases in this study together with studies in other populations are needed to confirm these findings.”

She added: “A high BMI increases the risk of other diseases, including other types of cancer, so people should consider the implications of excess body fat wherever it is found in the body.”

Dr Perez-Cornago explained that waist circumference and waist-to-hip ratio were a better marker of “visceral fat” than BMI.

“This is the most dangerous fat because this fat is located around the vital organs,” she said.

“It’s associated with metabolic and hormonal dysfunction and this is what may play a role in prostate cancer progression.”

She said the message to men was to exercise and eat a healthy diet to ensure they maintain a healthy weight and lower waist circumference.